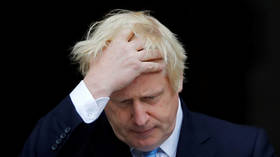 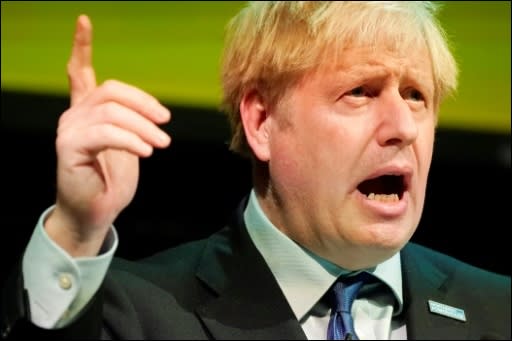 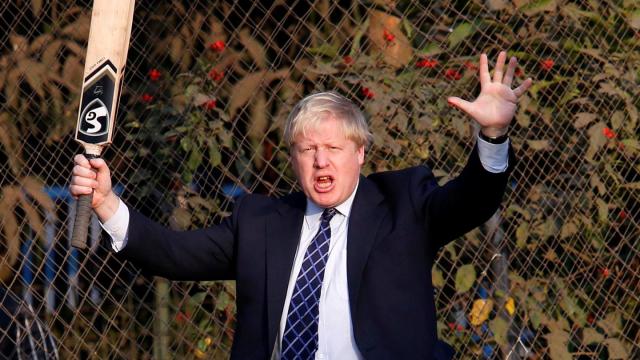 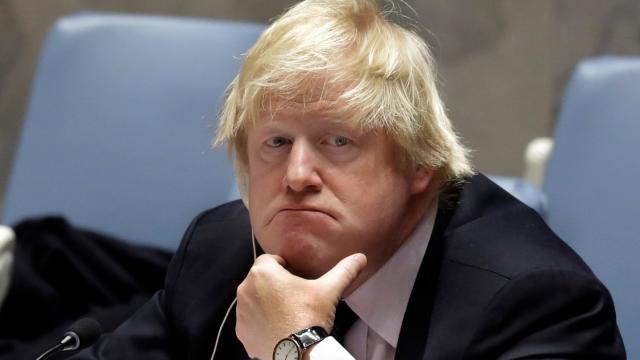 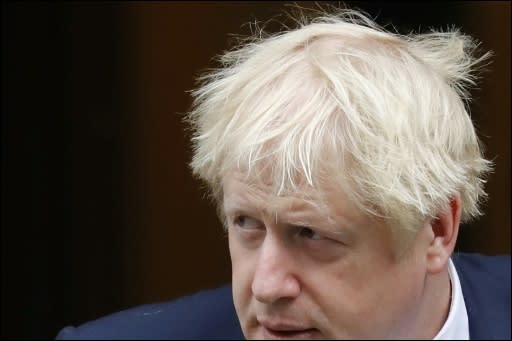 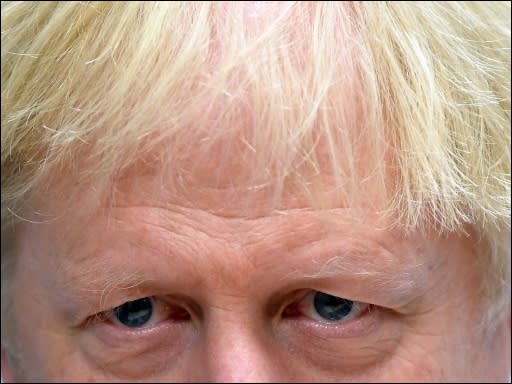 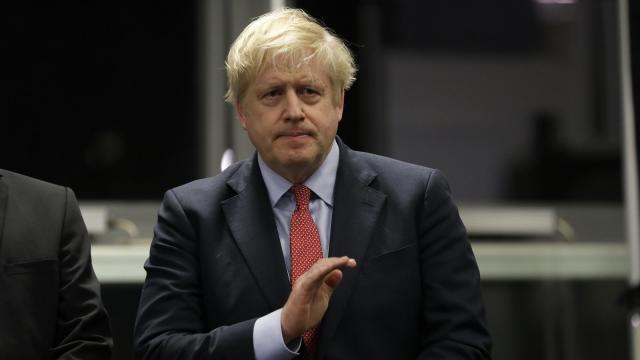 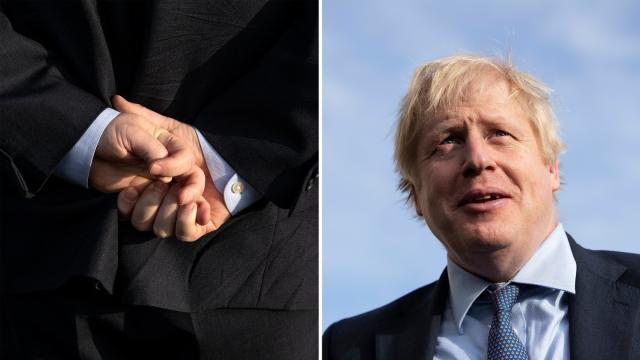 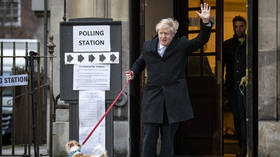 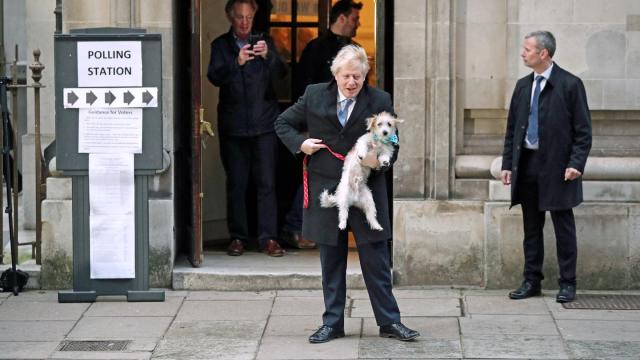 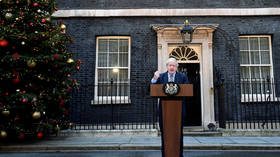 Finally we have a Trump of our own. We shall stand once again shoulder to shoulder with our fellow patriots across the pond and fight the evil corruption the left only know. Godspeed brothers and sisters, The Great Awakening has truly begun. #WWG1WGA #KAG2020 #MBGA #QArmyUK 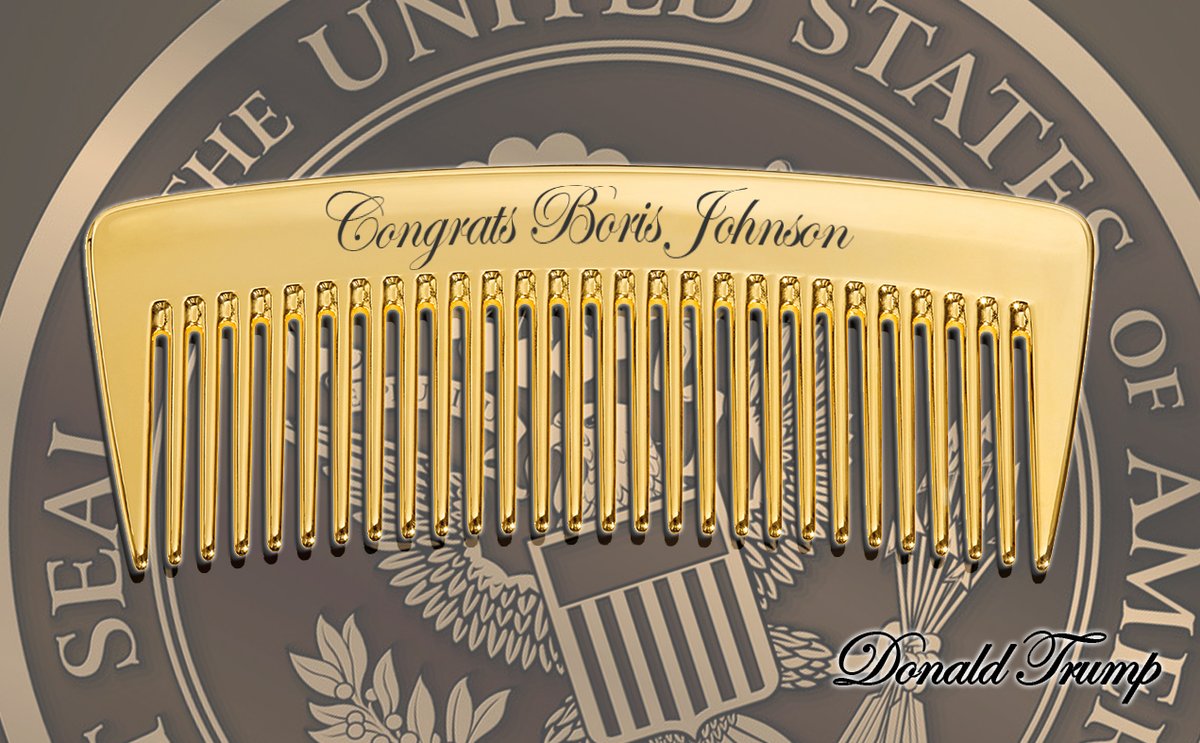 Boris’ Win: A ‘Seismic Moment in Our History’

There are still times this little island I live on manages to surprise me. Right now, I could kiss it’s rolling hills and green and pleasant lands.

Boris Johnson’s stunning win in the British General Election 2019 is simply electrifying. It gives him a clear majority in the House of Commons and an equally clear mandate to Get Brexit Done by 31 January.

The reaction of decent Brits and law-abiding patriots could not be more thrilling. Boris re-imagined a clip from Love, Actually in his campaign and right now it really does feel as if there is ‘joy all around’.

It is not just that Boris won. Nor the size of his majority at 78. Nor the fact that his power is nearing Thatcher’s.

It is the affirmation that the heart and soul of this country is still intact. That the British spirit is alive and kicking and that some kind of fight-back for our Judeo-Christian culture is on.

Despite the fact our supporters are silenced in the media, unrepresented by broadcasters and unheard in life, we are still here, ready to shout and to act when we are called upon – or, indeed, finally allowed to.

This is a very British revolution. No battles waged in the street, as in France with the Gilets Jaunes still out there week on week. No stones thrown, or windows broken, as on the streets of Hong Kong. No streak of flames across the night sky as a Molotov cocktail is tossed in anger.

Just the dignified silence of the ballot box on a cold December day in the wind and rain, reminding those who should know better that when we voted on 23 June 2016 we meant what we said. And we still mean it today.

The British people voted for Brexit. They have waited stoically for it to be delivered. And now it will be done.

All this coming from a place where things do feel truly broken. London is just picking itself back up from another terror attack on London Bridge, only recently washed down from the last blood that was spilled there.

A Muslim mayor presides over the highest murder rates in modern history, with Chicago-level numbers of black-on-black stabbings, the slaughter of children as young as 14, and feuding drug gangs settling scores with knives.

The country is at odds with itself, endlessly pandering to outsiders and those who seek to harm us, forcing its own to wait in line: no school places for our kids, no new hips or eyesight surgery for our elderly, such things becoming too expensive in an already over-stretched system.

This election was always about much more than just Brexit, which is why Nigel Farage’s Brexit Party failed to win a single seat.

This was a seismic moment in our history. Had things not gone our way, had Boris Johnson not been awarded the trust of those voters who had never voted Conservative before in their lives, had the British working man not gone against his family traditions and backed democracy, the race to the bottom in this country would have been accelerated into a down-hill pelt.

Jeremy Corbyn presented the most aggressively hard-left, socialist agenda of ‘reform’ this country has ever seen. He would have made the state bigger than at any time in modern history and the power of the government greater than any of us have seen in our lifetime.

Policies aside, Jeremy Corbyn has a personal record of supporting terrorists such as the IRA and Hamas who have actively worked against our country and its allies. He said Al-Baghdadi should have been arrested, not killed. In the aftermath of the stabbing of two young people to death, Corbyn said it was right that the London Bridge terrorist responsible had been released.

His party’s hideous record of anti-Semitism forced the Chief Rabbi to take the unprecedented step of urging British Jews not to vote Labour. For in truth, the Labour Party is the Islam Party-in-waiting. America has direct parallels with Ilhan Omar and The Squad.

It is mildly sickening that so many monied London elites, students and minorities were prepared to hold their nose, acknowledge the Jew-hatred of the Labour party and vote for them all the same. Jew-hatred also polls well with a rapidly-growing Muslim support base, as Labour knows only too well.

Out and about in Britain today, the relief is palpable. And the abject misery of the hard left, the shame of their celebrity endorsers, and the failure of so many treacherous politicians working against their electorate has been, frankly, pure delight to witness.

I have learned a lesson too: doubt is for our enemies. When you are fighting on the side of the right, you cannot be wrong.

Britain still has the heart of a lion. Thanks to the Great British people, Boris Johnson has a new blue-collar army – the best of us, hard-working, decent people who put family, Queen and country first.

Now it is time for us to roar.

British Government looks for “Spinner and outsiders” for State service 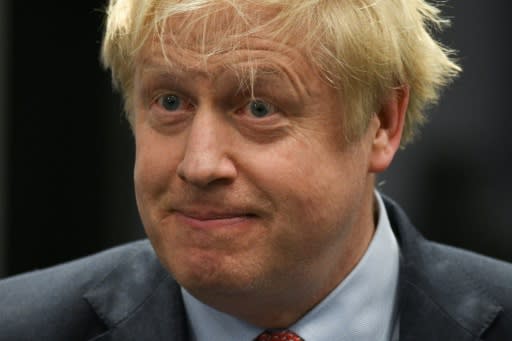 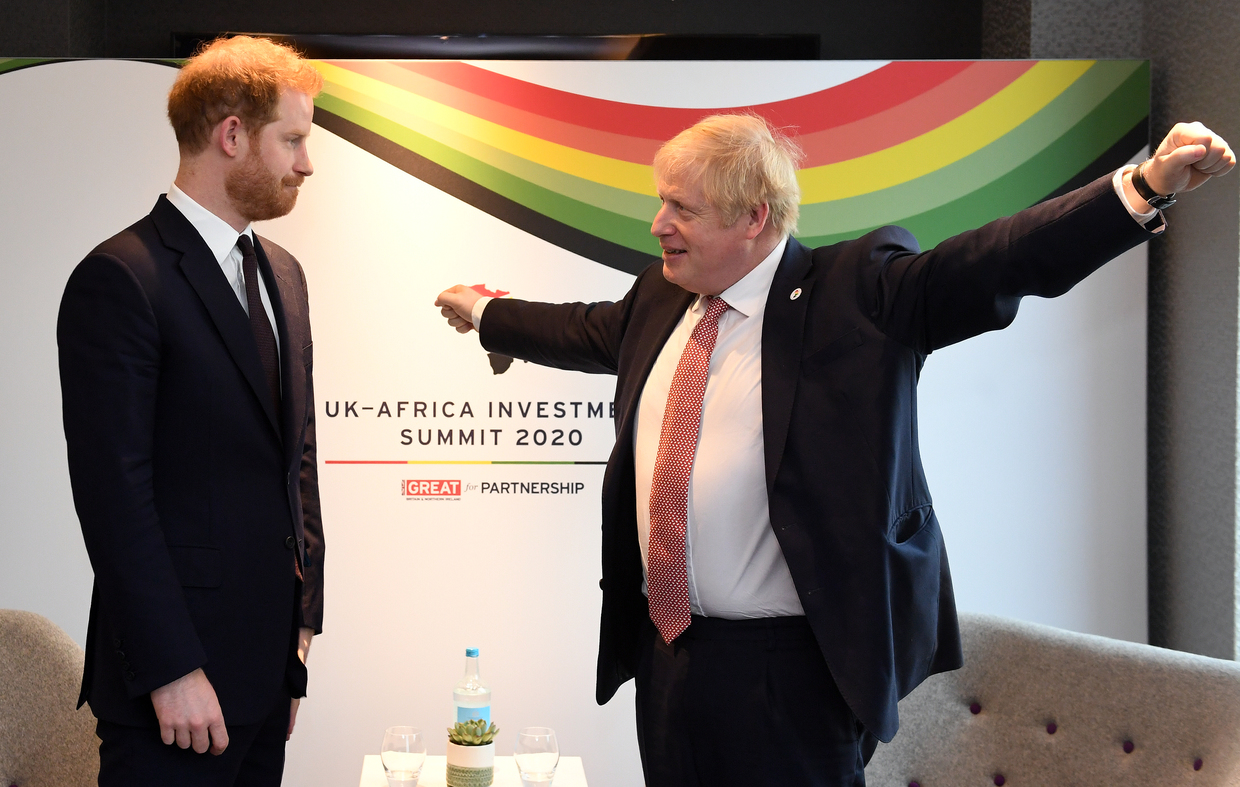 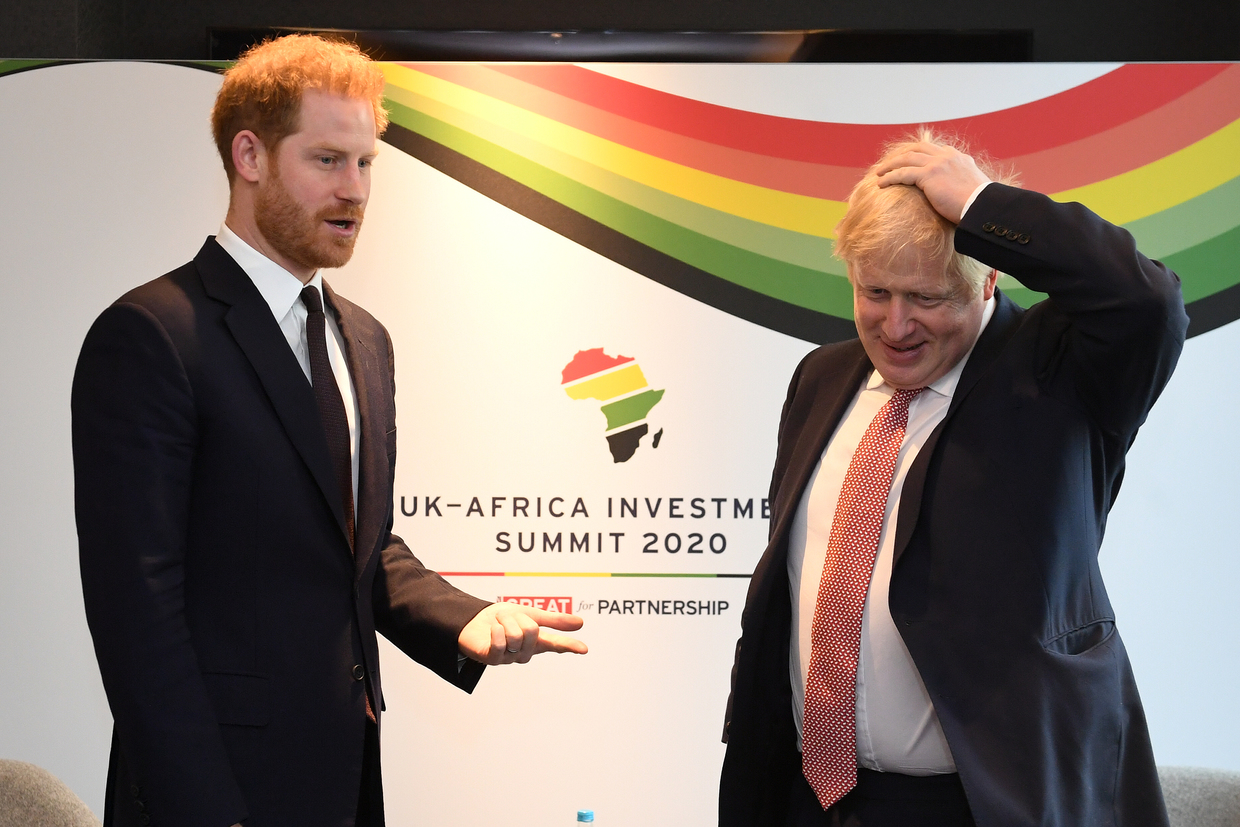 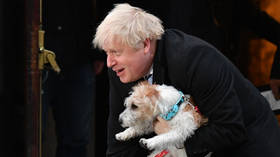 Department for Exiting the EU‏ January 23, 2020

The Brexit Act has been given Royal Assent. 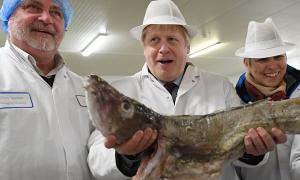 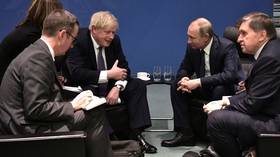 Russia’s President Vladimir Putin and Britain’s Prime Minister Boris Johnson meet on sideline of the Libya summit in Berlin. © Reuters / Aleksey Nikolskyi / Kremlin
.
Note: These two are blessed, and they enjoy each other. Just as Putin and Trump were friends in an instant. They are the leaders of the New World, the New Saved World. 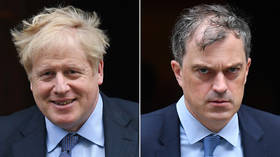 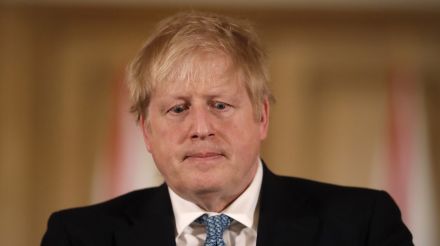