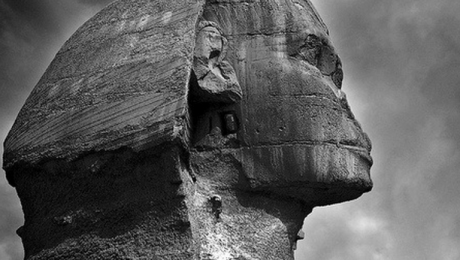 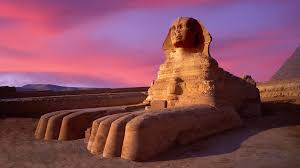 According to the Ancient History Encyclopedia, these objects are symbols representing royal power and dominion.

“The three most important symbols, often appearing in all manner of Egyptian artwork from amulets to architecture, were the ankh, the djed, and the was scepter. These were frequently combined in inscriptions and often appear on sarcophagi together in a group or separately. In the case of each of these, the form represents the eternal value of the concept: the ankh represented life; the djed stability; the was power.”

In some depictions, Was-sceptres are seen upholding the roof of a shrine as Horus looks on. Similarly, the Djed is seen on temple lintels appearing to hold up the sky in the complex at Djoser in Saqqara.

A video from Ancient Architects explores this idea, showing examples of tuning forks used by the Egyptians. Narrator Matthew Sibson from the UK raises some fascinating ideas about how the Egyptians may have used objects like the Was-sceptre and tuning forks to cut through the hardest stones using the power of sound and vibrations. (see video below)

A depiction of tuning forks is seen on a statue of Isis and Anubis, each holding a rod. Between the deities, a carving shows two tuning forks that seem to be connected by wires. Beneath the forks, a rounded object with four prongs is centered, and it almost appears like an arrow points upward.