Berlin: People take pictures of a 3D street painting titled „the nuclear abyss“ in front of the Reichstag building, seat of the German lower house of parliament Bundestag, on September 30, 2016 © AFP/TOBIAS SCHWARZ
. 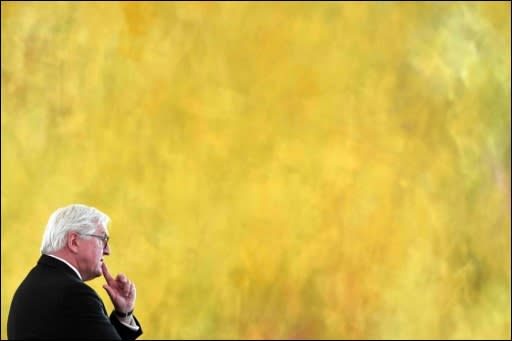 Shepherd and Sheep demonstrate in Berlin 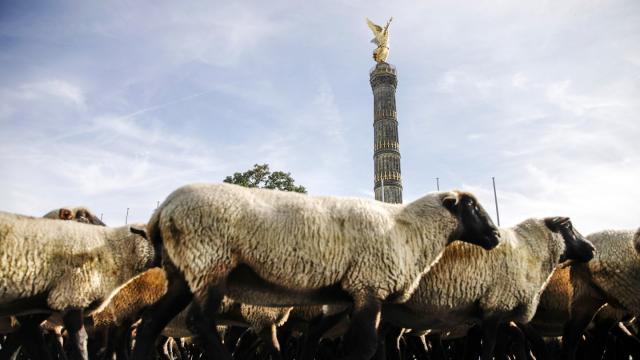 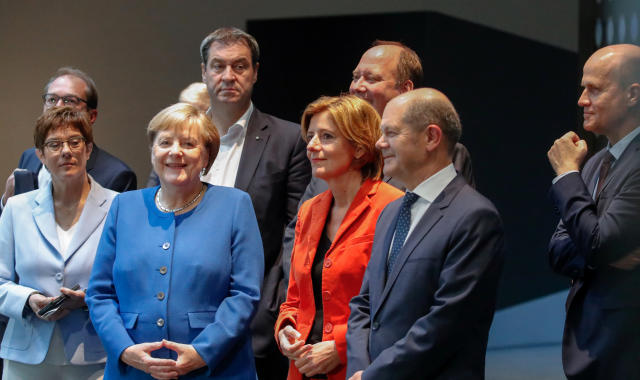 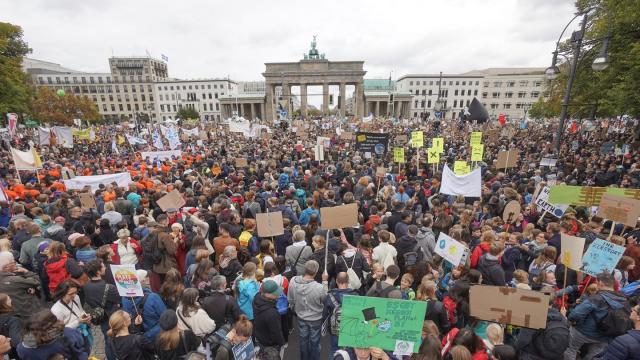 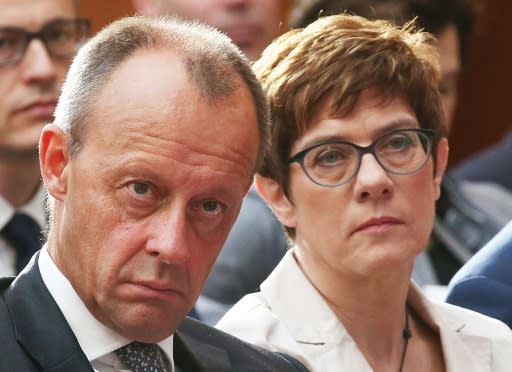 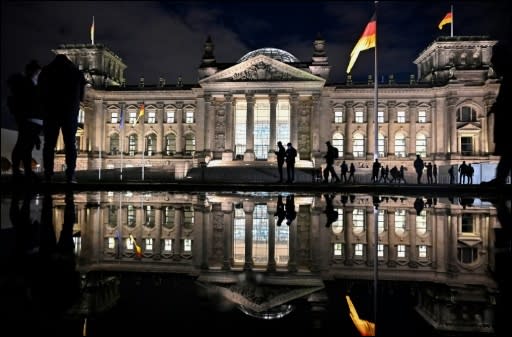 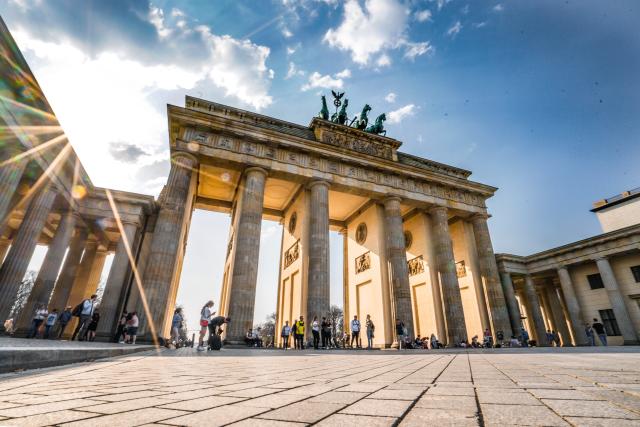 30yrs & billions of euros later: Germany marks Fall of the Wall, but did reunification bring the promised ‘blossoming landscapes’? 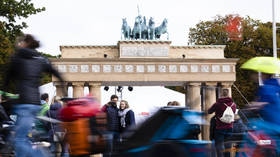 Celebrated every year on October 3, German Unity Day marks the anniversary of reunification between the Federal Republic of Germany (BRD) and the socialist German Democratic Republic (DDR) in 1990. It came just a year after the fall of the Berlin Wall, a major symbol of the Cold War. 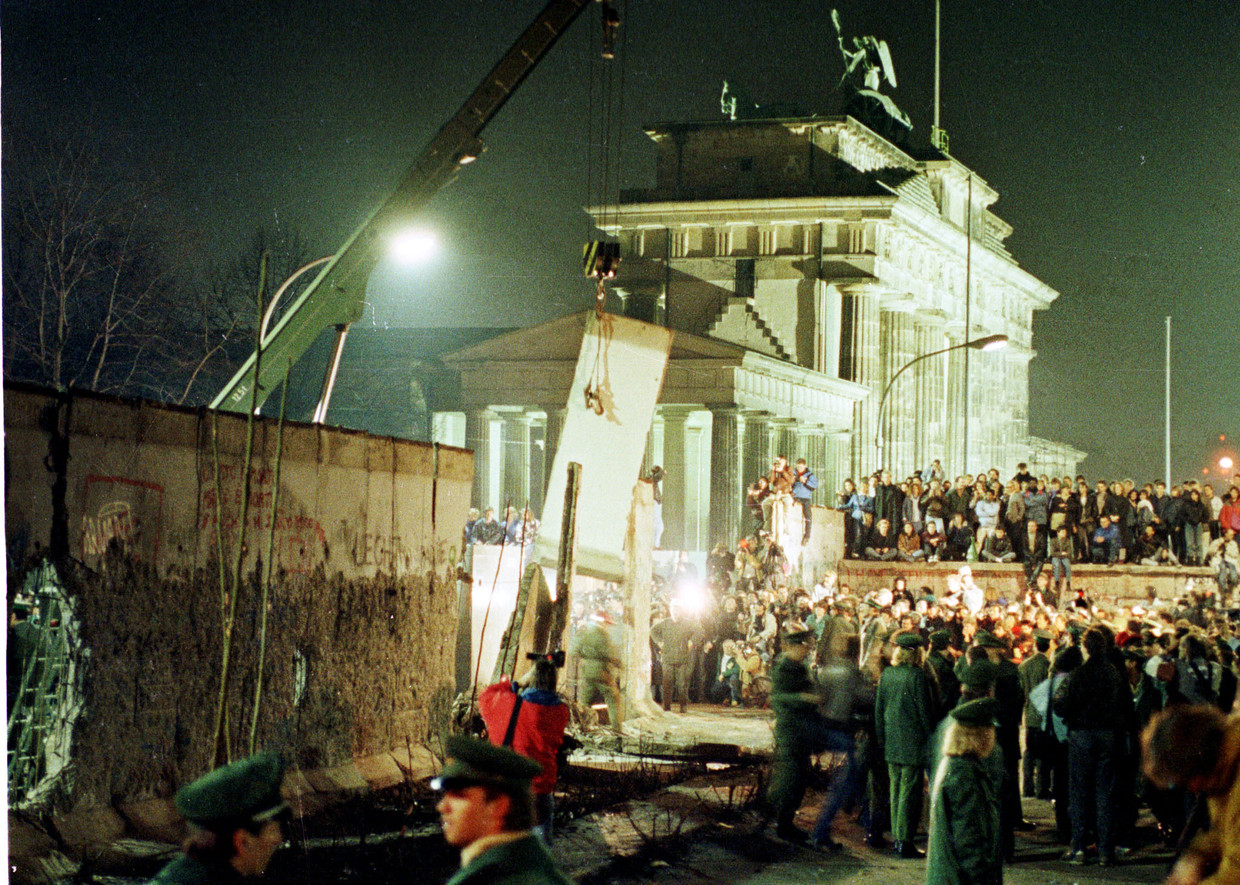 A big section of the Berlin Wall is lifted by a crane as East Germany has started to dismantle the wall near the Brandenburg Gate in East Berlin, February 20, 1990. © Reuters/FAB/CLH