The photographer notes Steve began as a fountain of white light in the west and stretched across the sky meeting a band of light from the east directly above at about 90 degrees, drifting south. (Photo: Rocky Raybell/Flickr)

While Steve is mostly purple, it also produces some green lights. (Photo: james_stone76/Shutterstock) 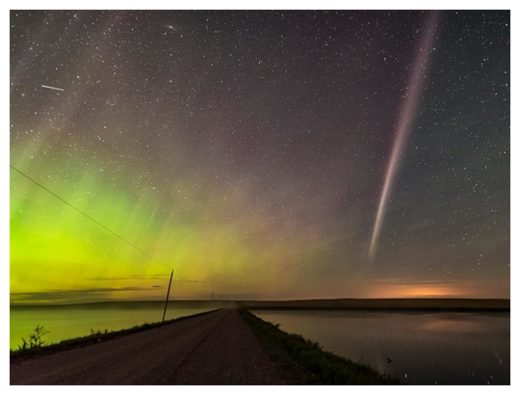