The Lost Continent Of Lemuria

The first beings that lived in Lemuria were the Lemurians, the first extraterrestrial galactic star beings to step foot on our beautiful blue, Earth Mother. They are the beings of pure love and light, the ascended masters of this universe. They carry with them a unique, cosmic signature, and the same spiritual purpose and mission as that of our living Earth Mother.

The Lemurian beings are the Earth Keepers, the protectors of Earth Mother’s land. They are the original, indigenous brown-colored people, who walked and lived upon the face of our Earth Mother for eons of time. They are the intuitives, the mystics, the healers. The kind, the generous, the peaceful, and the loving. They are the Original Shamans. Vibrating at the highest frequency, the Lemurians control the forces of Mu, walking on water, standing on fire, transporting themselves through the air and ether at any place, and at any time. Capable of shifting the atomic structures in the environment, the Lemurians are the magical star beings who have no limit. They are the sincere devotees of the Divine and her creations.

The Lemurians built their spiritual kingdom on Earth Mother, one that was abundant in all its form. They sustained peace and harmony on all levels, and no one on their premise went hungry, or homeless. All were cared for, and all were provided with the necessities to live a peaceful and happy life, one that is perfect and in divine order.

From the light to the dark, to the predators (aliens) and the Atlanteans, all wanted the intoxicating, magnificent Land of Mu. In her greatest beauty, splendor and wealth, and all that she had within her, Lemuria was one that everyone envied. Everyone claimed to destroy her.

Though the hospitality of Mu was her greatest strength, it was her willingness to serve and help others that allowed no boundaries for beings to co-exist. She was taken advantage of, and her strength became her greatest weakness. Yes, I speak of her as the Land of Mu, and her as her people. This is how Mu, the motherland, was originally referred to. She was the feminine.

Ancient Portal to the Divine Cosmology 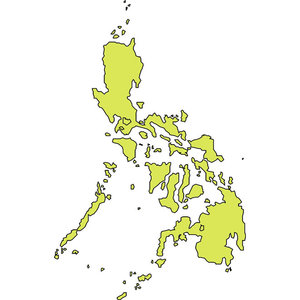 Maharlika is the heart and center of Mu. In viewing the map of Maharlika, you will find her landmass scattered across more than 7,000 islands, all in small, broken pieces. If you look close enough, you will see that she is a puzzle, trying to fit herself back into a whole. Beneath her is a hidden secret that connects us back to the astral and spiritual realm, the place of Lemuria.