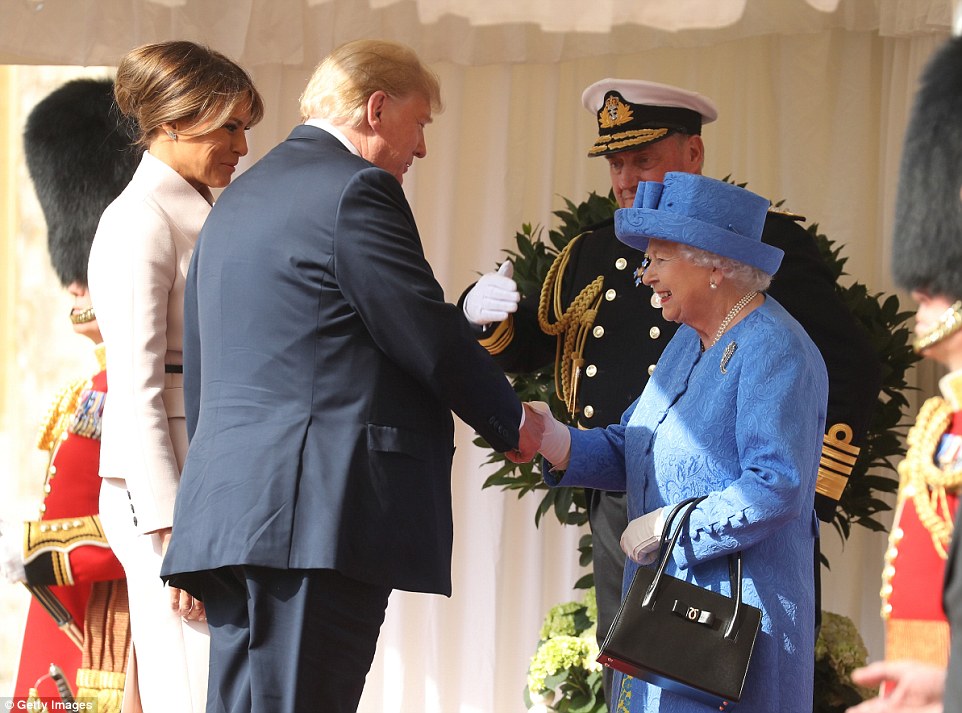 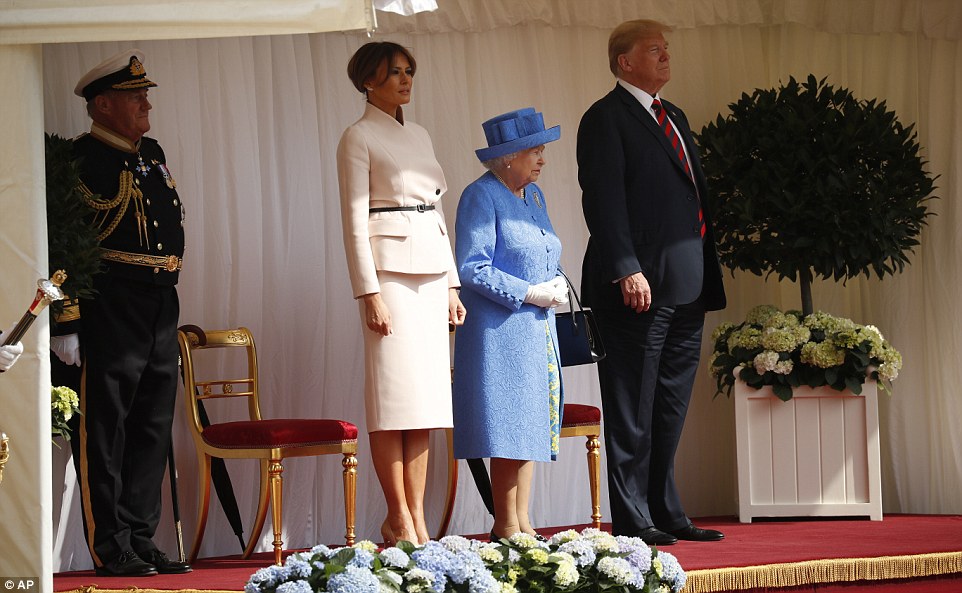 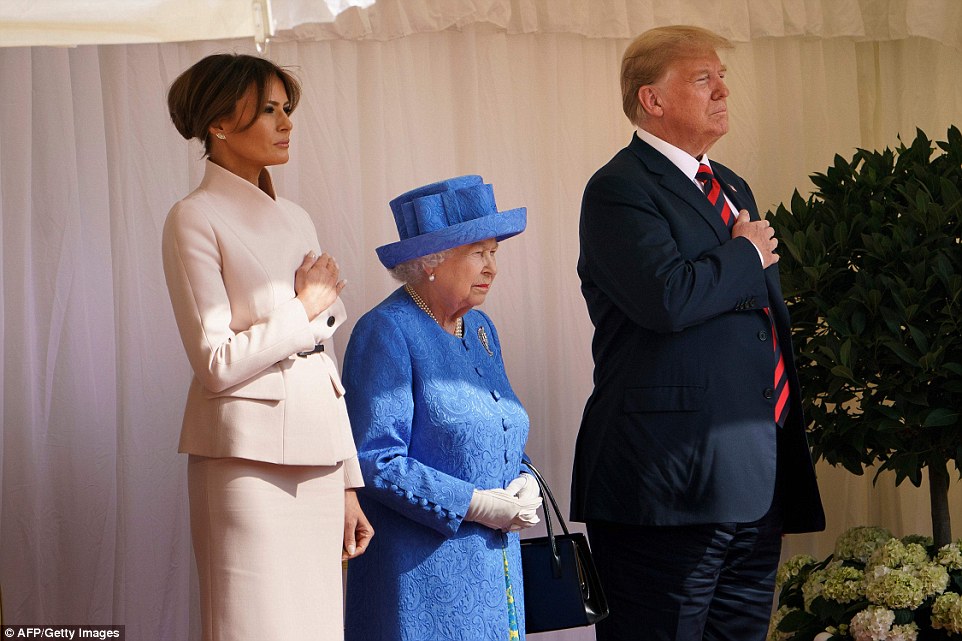 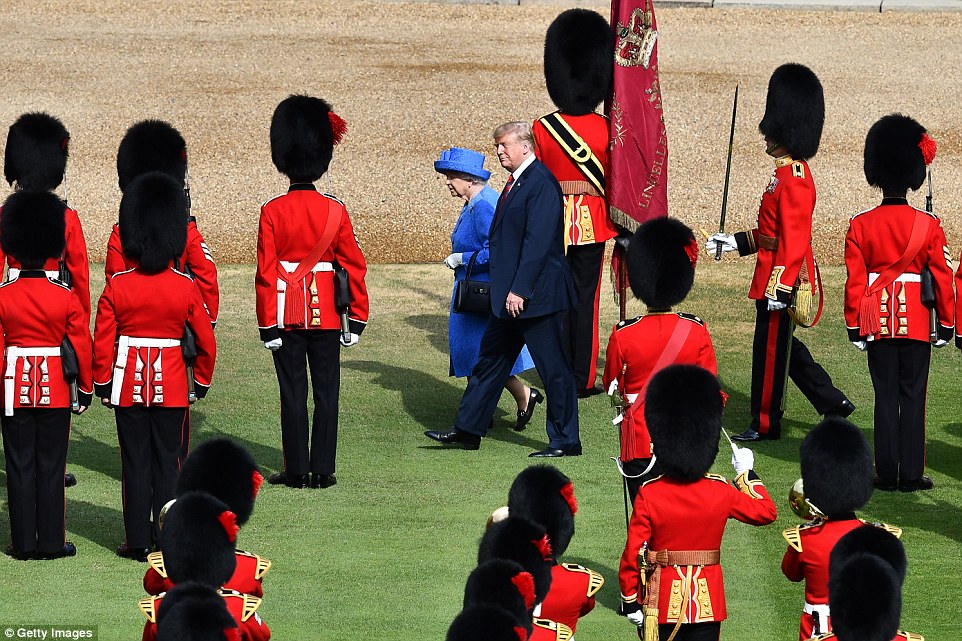 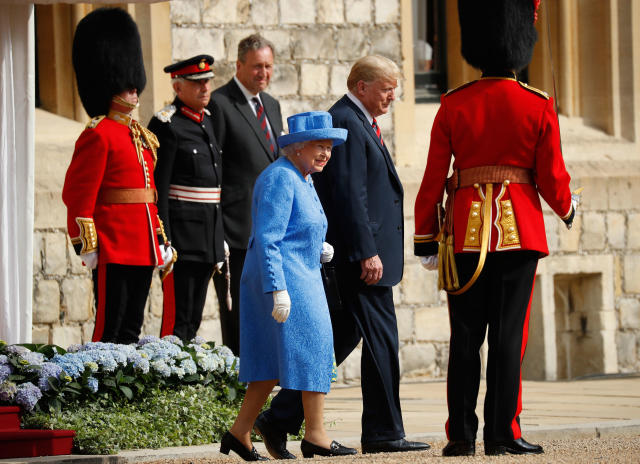 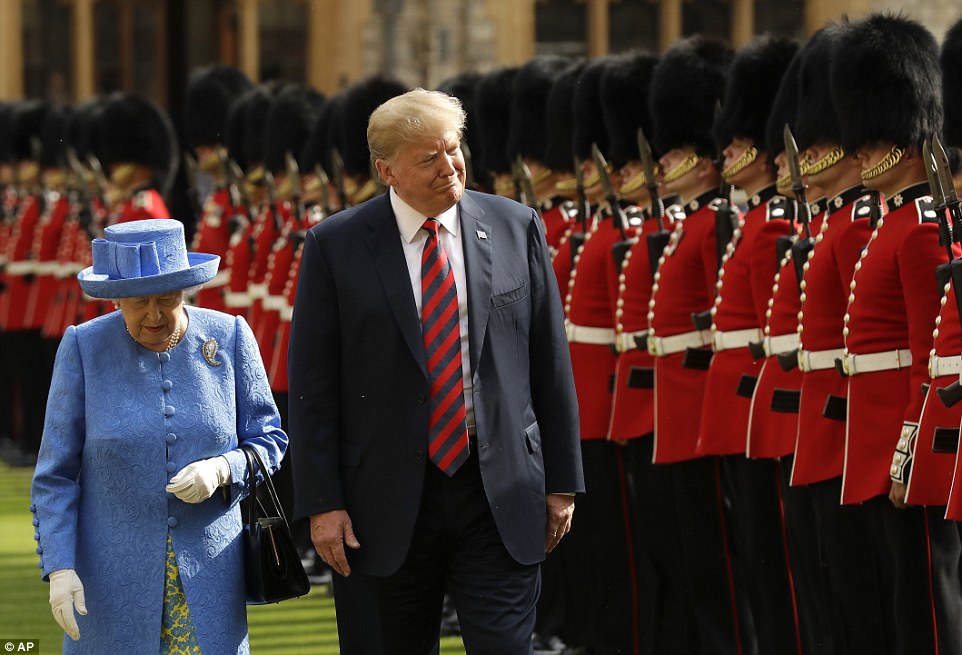 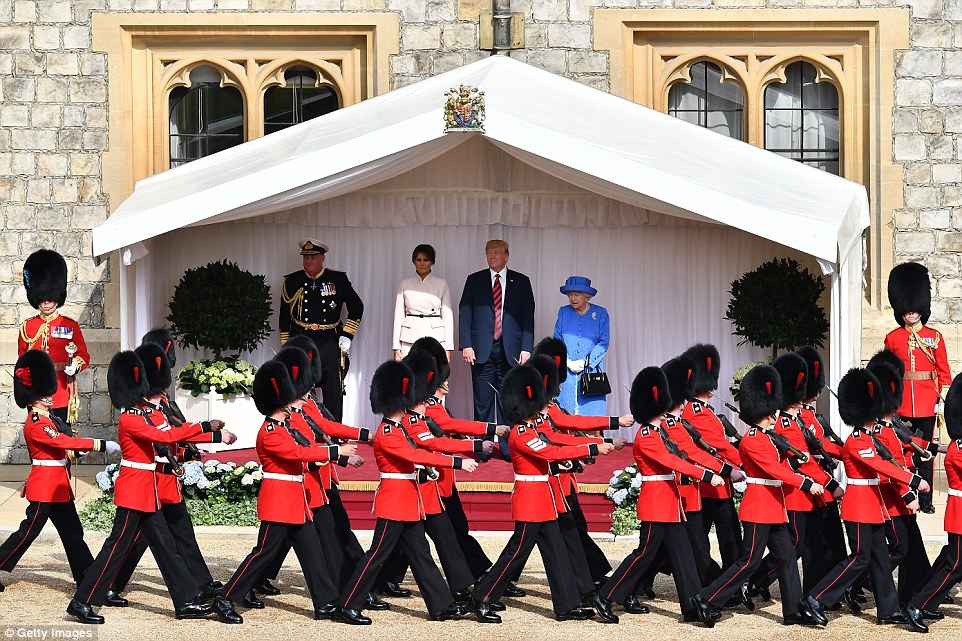 The Guard of Honour parades past President Donald Trump, First Lady Melania Trump and the Queen at Windsor Castle in Berkshire 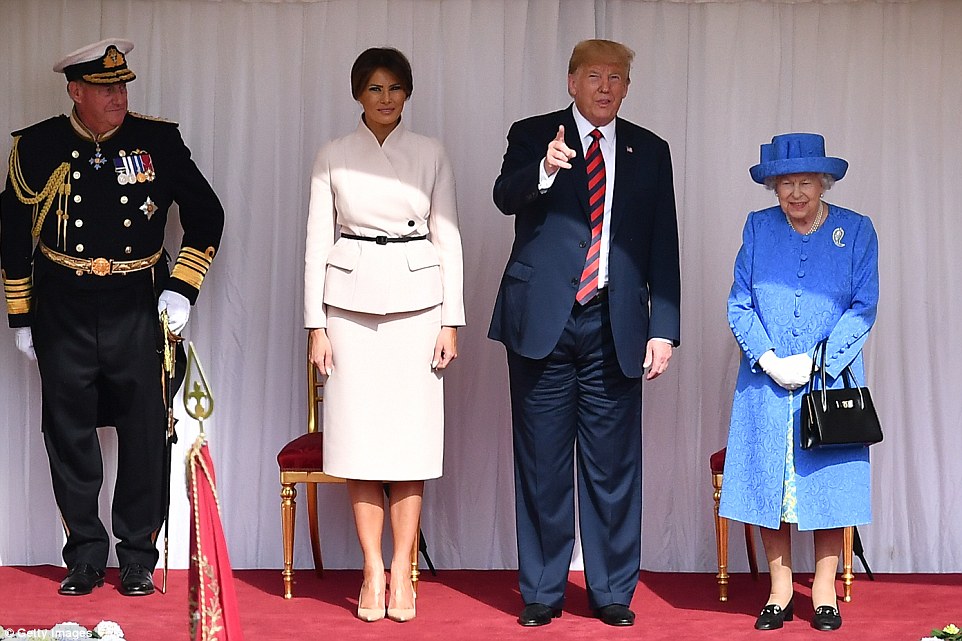 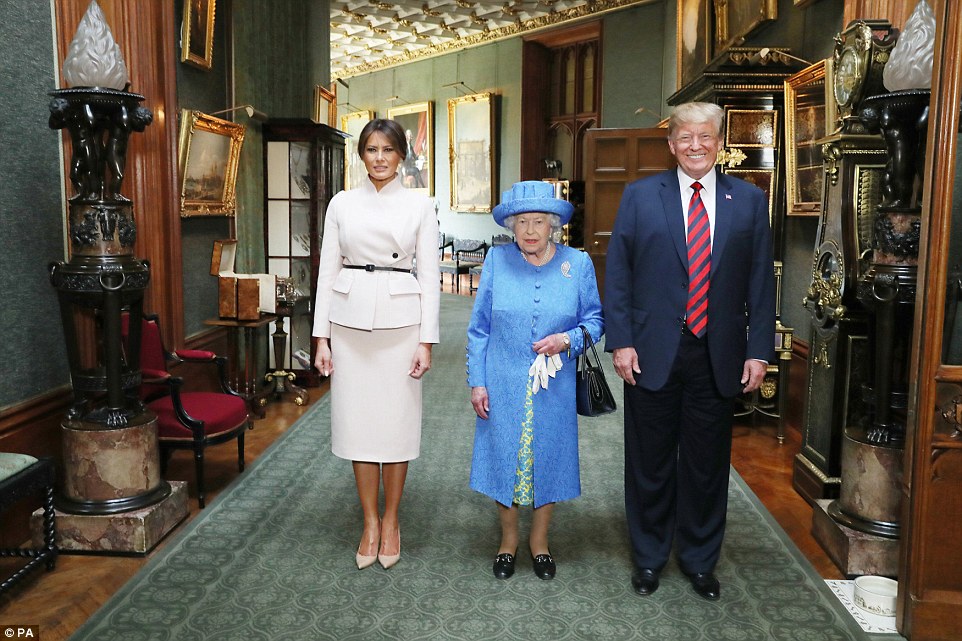 Queen Elizabeth II stands with US President Donald Trump and his wife, Melania, in the Grand Corridor during their visit to Windsor Castle 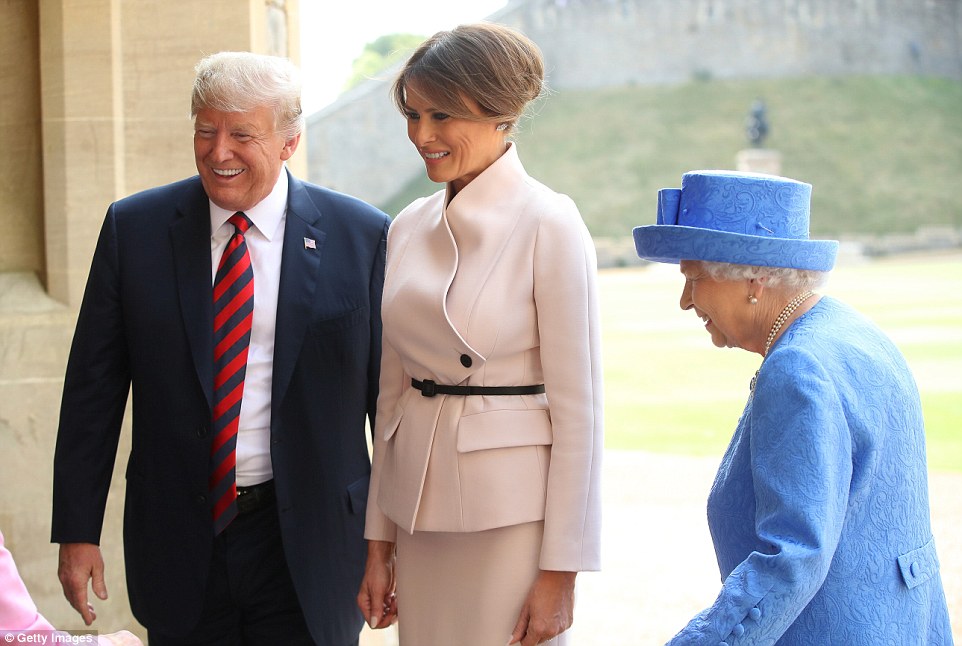 The monarch, 92, greeted Mr and Mrs Trump ahead of a private tea
.